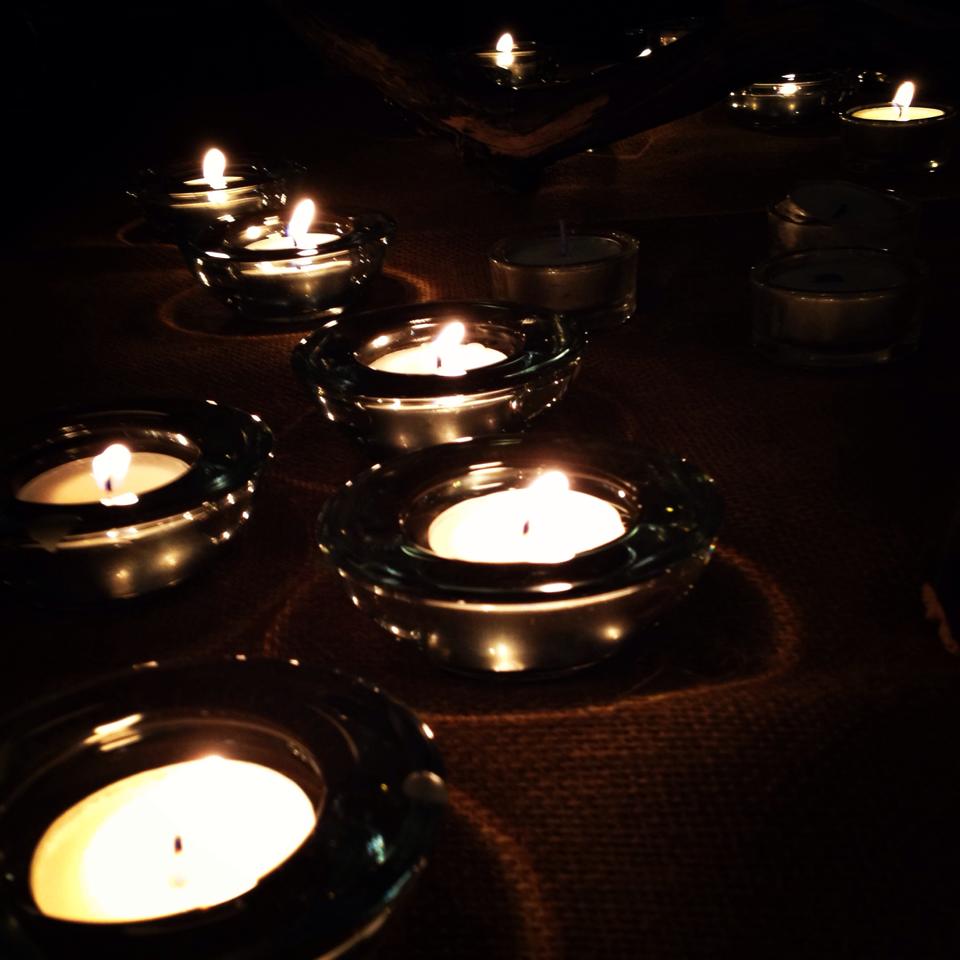 Helicopters were circling Berkeley the day the surgeon called to tell me she had found a tumor in my left breast.

It was late April, 2017. I had just quit my job. In three days I was supposed to drive across the country to start an unpaid summer internship as a chaplain at a hospital in Baltimore. I was hoping to wash Rosemary, my dog, at the pet shop that night, but the neo-nazis were gathering downtown and police were barricading the main road.

The doctor told me she needed to do a sentinel lymph node surgery to make sure the cancer had not metastasized and that I needed to do radiation. I said: But I’m leaving the state on Saturday. She said: We can do the surgery early next week.

The phone call ended. Rosemary walked around the front yard, sniffing at the grill as if nothing had happened. I sat down on the front steps of my apartment building.

I took a breath that felt like the first breath you take when you walk out into a shockingly cold morning. I had this sudden, sharp clarity about what was important in my life. In that moment I was startled by the beauty of the people around me, and the rush of time, and the enormity of love.

And, in the moments and days that followed, life continued.

Rosemary died a few months after the diagnosis. I held her body as she sunk down to the floor for the last time. She had been my dog for 17 years.

A relationship ended. I was living on credit. At 46, I was starting to understand that I probably wouldn’t ever have children and was stunned by the grief I felt about that.

The country was reeling with racial tension, deepening poverty, and spiraling rates of opioid addiction. All of this was written on the bodies of patients I saw in the hospital and across the broken down houses in the rural towns I drove through on my way across the country.

All year I worked in hospitals. I sat with people after routine surgery. Prayed with families as patients were transitioned to comfort care. A nurse and I, each holding a hand of a man with no family, as he took his final breath – his mouth in the O shape of the dying. Watching people vomit bile. Blessing the bodies of the dead. Comforting addicts detoxing and waking up to the damage they had caused to themselves and their loved ones.

And I think, in all of this, the worst thing that happens to people is despair. It’s not death, it’s not physical pain. It is despair.

For the past three years, life expectancy in the US has been on the decline because of two main factors – an increase in suicides and an increase in drug overdose (especially related to the opioid epidemic).

In short, people are dying of despair.

This definition of hope doesn’t make sense to me anymore. What happens when the outcome we hope for doesn’t materialize? Family members hope their loved one doesn’t die, but she does. I hope we can make our world more inclusive and just, but more and more people are in places ravaged by war. More people are facing economic inequality, struggling to access healthcare, or worse – basic necessities like food, water, and shelter.

I read recently that the archaic definition of the word hope is “trust or reliance” and this definition helped me realize how important it is to practice hope in this moment.

Mostly when we hear about reliance in this country is it about “self-reliance”. While it’s important to work hard and show up, the idea that somehow anyone can be totally self-reliant is a myth. And it’s a myth that leads to burn-out, despair, or profound narcissism.

This kind of extreme self-reliance can take forms other than the super wealthy equipping doomsday bolt-holes in New Zealand. It also can take the form of work-aholism – the idea that I have to work myself to death to save something or only I can do this one task. (It’s great & important to work really hard on something I care about, but when despair sets in, it’s a clear signal that I’ve entered into this form of extreme self-reliance). On a smaller scale, we all know people who constantly martyr themselves needlessly.

So, if not extreme self-reliance, then what do we rely upon?

Interdependence is a good start – recognizing that we all rely on each other is a fundamental tenant of most spiritual communities.

But ultimately — I think we rely on the force of love and compassion in the world. Some people might call this God, and others, the universe. Some might see it in nature, or in their beloved communities.

Our reliance on love and compassion is what saves us from despair. Each action done in compassion becomes part of a whole force of love. And when I say love, I don’t mean candy hearts or hallmark angels. Real love (like Rilke’s angels) is terrifying and should have the power to transform us into our better selves.

Even if the short-term outcome is not what we want, the practice of hope shapes us, helps us grow towards greater compassion, and teaches us we’re all in this together.

We do not rely on some vague notion of love to change the world — we continue to act for justice, but we tap into this reservoir of love/compassion.

In The Irony of American History, Reinhold Niebuhr (the theologian who wrote the serenity prayer) says: “Nothing that is worth doing can be achieved in our lifetime; therefore we must be saved by hope.”

Because what hope is about is the opposite of despair — it is a practice that shapes us and helps us to be resilient in the face of slow progress. It may seem like a such a small thing in the face of overwhelming suffering.

But what I know is this:

When I was doing my four weeks of radiation, I began to worry about the effects of it on the rest of my body. Especially since my cancer was in my left breast. What was it doing to my heart? Did I have to worry?

The radiation techs told me — this is how to keep your heart safe:

Lay back and hold the handles above your head. The arm of the linear accelerator will orbit around your body until it finds the correct position.

Take a long inhale. Your chest will rise. Now, hold your breath. Your heart will drop back, deeper into your body.

It is the space this breath creates, the space of a single breath, that pushes your heart back far enough so that it is outside of the treatment field.

Leslie Leasure is a chaplain, spiritual director, and group facilitator.

View all posts by Leslie Leasure